Polish Rationalist Association – A philosophical, scientific and ethical association for people with a rationalistic worldview. It was created around the internet community of the Racjonalista.pl portal. The association was founded by Mariusz Agnosiewicz who also became its first president. PRA was added to the NRC (National Court Register) on July 6th, 2005.

PRA is a member of the European Humanist Federation as well as IHEYO.

The organization faced many difficulties with the public administration when it was being created in 2005-2006. On July 26th, 2005 a notion for registration in the NRC was at first partly accepted, later on November 23rd, 2005 the court declined registration because of the protest by the municipal office in Wroclaw, however after a won appeal the association was finally registered on November 10th, 2006.

According to the Bylaws the goals of the association are as follows:

1. Organization and integration of the polish rationalist community into an organization that is able to realize action for the social promotion and empowerment of individual critical thinking, rational and scientific inquiry and explanation of the world.

2. Developing and propagation of a worldview based on scientific knowledge, reason and experience as well as secular and humanistic ethics.

3. Developing of tolerant attitudes, fighting prejudice, and helping the growth of the open society.

4. Counteracting the spread of harmful stereotypes which inhibit individual growth as well as working for the realization of human freedom within the bounds of the law

5. Popularization of science and the scientific method; the defence of the image of science in public view against modern attempts to discredit and deform science, the propagation of the social importance of science and working to help science as a public priority

6. Working for the advancement of the knowledge society (information)

7. Working for the elimination of influence of irrational ideologies on state law, on the development of science, on artistic activity and on morals

8. Working for the separation of churches from state as well as the neutrality of the state in matters of conscience

9. The defence of the interests of the members of the association against ideological, political, social, against pressure undermining free thought, against actions, actions against the development of science, culture and art

10. The promotion of active, creative, social and civic attitudes; the activity on the behalf of realization of one’s interests, knowledge and expanding one’s horizons.

PRA has a typical structure for a nationwide association. On the central level the Board is the central organ of representation, the Main Audit Committee is the organ of control. Other statute bodies are the main fellow arbitration court and the spokesman for fellow ethics. On the local level there are local branches and centres, without an independent legal personality. The branches are currently present in: Wroclaw, Poznan, Szczecin and Krakow, but our members live in various municipalities and villages of Poland.

Members of the honorary committee:

The association conducts many different activities to achieve its statutory goals.

The Internet List of Atheists and Agnostics
It is a social campaign in which people willingly declare themselves as atheist or as a religious agnostic. The aim of which is to promote and empower non-believers and debunk stereotypes about nonbelievers and support the integration of the polish atheist agnostic society.

Wrocław Forum of Freethought
Project of the Wrocław branch of the association focused on the organization of regular biweekly open discussion meetings on various topics, starting with short presentations or longer lectures. The central aspect of this idea is going against being passive and getting people to think critically and learning the ability to discuss on the basis of facts.

Darwin Day
Annual popular science festival held at the University of Wroclaw with an aim to promote the theory of evolution.

Renegotiation of the Concordat agreement
Gathering of signatures for a petition in the case to overrule article 12 paragraph 1 of the Concordat agreement concluded between the Vatican and The Republic of Poland dealing with the organization of religious education in state run school system. The main cause for this action was the case for sending of personal data of pupils by priests to diocesian curia.

The alleged miracle in SokółkaÂÂ
The Polish Rationalist Association in accordance with the sceptical-rationalistic viewpoint took a critical stance concerning the event in Sokółka. Not without elements of irony the action was coordinated by the president of PRA Małgorzata Leśniak and the editior-in-chief of Racjonalista.pl Mariusz Agnosiewicz.

Atheistic Billboard
The action initiated by the Freedom From Religion Foundation. PRA assisted with raising funds and joined the action.ÂÂ

Secular days
In the scope of the Kraków agreement the coalition Progress and Secularity and the Kraków branch of PRA takes part in the Secular Days. Lectures, discussions, exhibitions are taking place and the main moment is a march through the streets of Kraków.

Łyszczyński returns to the city
The project which goal is to present the portrait of the first polish atheist sentenced to death for atheism (the sentence was carried out).
In march 2013 in Warszawa the commemorations of the death of Kazimierz Łyszczyński, in a historical adaptation in Krakowskie przedmieście street and Warszawa square. The director of the project was a member of the Warszawa board Jan Reszko, the role of the historical figures were played by the members of PRA Warszawa (Wiesław Piasek, Piotr Szymański, Marek Łukaszewicz and more), the graphical side was done by Piotr Nowak, the herold’s speech was done by Leszek Garcarz and was prepared PRA president Jacek Tabisz and the president of the Wrocław branch of PRA Kaja Bryx. Materials from the inscenization were then written into an English report by Zenon Kalafaticz and send to the Dawkins Foundation.

Days of the Future
The goal is promoting a positive science and secular humanism based vision for the future. So far they were held twice in Wrocław. In 2013 they were followed by a painting contest for children.

Stop hospital chaplains
Project of the Łódź branch of the association, coordinated in 2013 by the president of the branch and a member of the PRA Main Board Magdalena Kowalczyk. The goal of the project is to protest against the braking of separation of church and state in public hospitals by hiring of priests of one religion, the catholic religion as “basic workers”. Patients of different religion or viewpoint are therefore not treated equally.

Visit of Sanal Edamaraku
In the first three weeks of July 2012 the president of the Indian Rationalist Association Sanal Edamaraku came to visit Poland invited by PRA and Racjonalista.pl. The main coordinators was PRA president Jacek Tabisz and the Wrocław branch president Kaja Bryx. A very important role in organizing the visit locally was done by Nina Sankari from Warszawa. Sanal is known from many television channels as a denouncer of miracles and superstitions, currently he is living a life of banishment because he was accused by the archbishop of Mumbai of blasphemy. During the visit Sanal, whose association counts 100 thousand people and organizes world vide conferences of rationalists gave lectures in Szczecin, Wrocław, Poznań, Warszawa, Katowice and Kraków, familiarising Poles with the topic of rationalism, atheism and free thought in India. Sanal is a publisher and PRA is working for the introduction of books about Kazimierz Łyszczyński and the history of polish freethought movement in India. At the beginning of the visit of Sanal a discussion about blasphemy was held in Warsaw on the basis of the very recent court verdict of blasphemy in the case of the singer Doda. In the discussion professor Hartman, Woleński and Krysztofiak as well as the president of the Humanistic Society Andrzej Dominiczak and PRA president Jacek Tabisz took part.

Freedom of speech defence day
It was carried out on February 11 2012 in Wrocław and Warsaw in relation to the events in London. The London protests were initiated by the organization One Law For All and are sponsored by the Richard Dawkins Foundation for Reason and Science, supported by Centre for Secular Spaces, Council of Ex-Muslims of Britain, Equal Rights Now, National Federation of Atheist, Humanist and Secular Student Societies, National Secular Society, Southall Black Sisters, Jessica Ahlquist, Richard Dawkins, Taslima Nasrin, Salman Rushdie and Peter Tatchell.
In Warsaw Freedom of speech defence day took place before the parliament building. The organizer of the event was Nina Sankari, a member of the Warsaw PRA board president. The speech of Nina Sankari went online and made PRA visible in English speaking circles.

Sisyphus’ prize
Project inaugurated in 2012 by Belgian-Flamand Sceptics is a European approach to Randi prize. Anyone who can prove that he has paranormal abilities can win a million euro. The goal of the project is to show that although there so much talk about the paranormal and so many people make money on the supposedly paranormal the prize is unwinnable. In the same way as the Randi foundation it is a signal showing people that all people who make money on the claims of their paranormal talents are just hoping for the naivety of others. For Poland the coordinator of Syzyf’s prize is the Polish Sceptics Club and PRA. Joint projects with PSC are coordinated by PRA president Jacek Tabisz and are part of many actions, including protests against the growing presence of seer Jackowski on polish universities.

Imaginarium
Project coordinated by Anna Korzeniowska Bihun of PRA Warszawa. The goal of the project is to provide interesting classes to pupils not attending religious education in schools. It includes visits to museums, art galleries, attending workshops. The Wrocław branch of the association by the initiative of its president Kaja Bryx is coordinating the imaginarium project with the help of the stopdyskryminacji.pl portal.

Beginning with 2006. The association is organizing nationwide conventions of rationalists and freethinkers once a year. The participation comes from organization and movements which are pro-rationalistc, pro-secular and freethinkers. In 2008 the meeting changed its name to “Rationalistic Festival”.

Rationalist of the year prize

The association is giving this prize to a person or group, who by their work or approach are promoting reason, scepticism and rational approaches to life. The prizes were first given in 2006.

PRA was part of patronages with the following books: 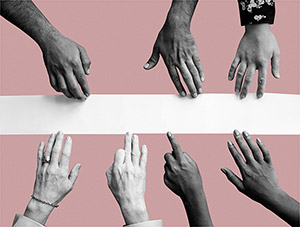 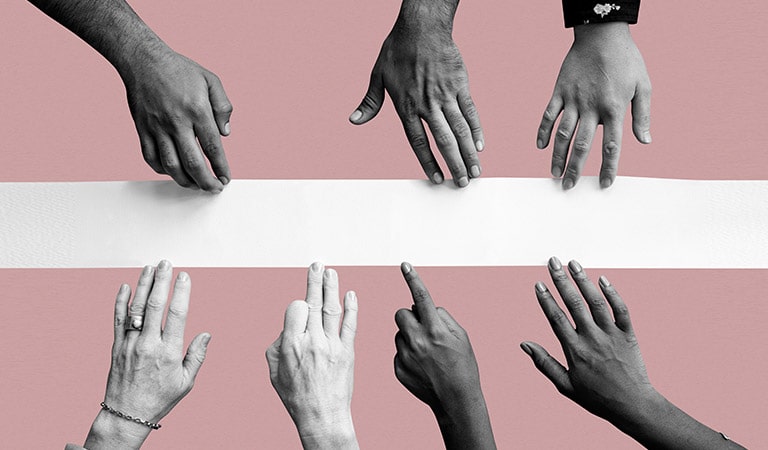 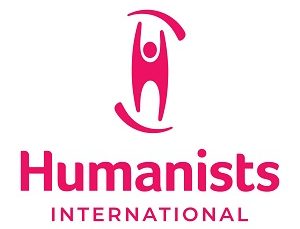